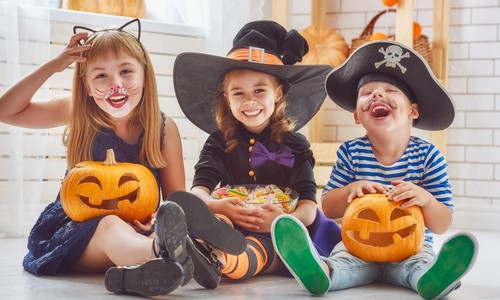 The true origins of Halloween lie with the ancient Celtic tribes who lived in Ireland, Scotland, Wales and Brittany. For the Celts, November 1 marked the beginning of a new year and the coming of winter. The night before the new year, they celebrated the festival of Samhain, Lord of the Dead. During this festival, Celts believed the souls of the dead, including ghosts, goblins and witches, returned to mingle with the living. In order to scare away the evil spirits, people would wear masks and light bonfires.

When the Romans conquered the Celts, they added their own touches to the Samhain festival, such as making centerpieces out of apples and nuts for Pomona, the Roman goddess of the orchards. The Romans also bobbed for apples and drank cider, traditions which may sound familiar to you. But where does the Christian aspect of the holiday come into play? In 835, Pope Gregory IV moved the celebration for all the martyrs (later all saints) from May 13 to November 1. The night before became known as All Hallow’s Eve. Eventually the name was shortened to the current Halloween. On November 2, the Church celebrates All Souls Day.

The purpose of these feasts is to remember those who have died, whether they are officially recognized by the Church as saints or not. It is a celebration of the communion of saints, which reminds us that the Church is not bound by space or time.