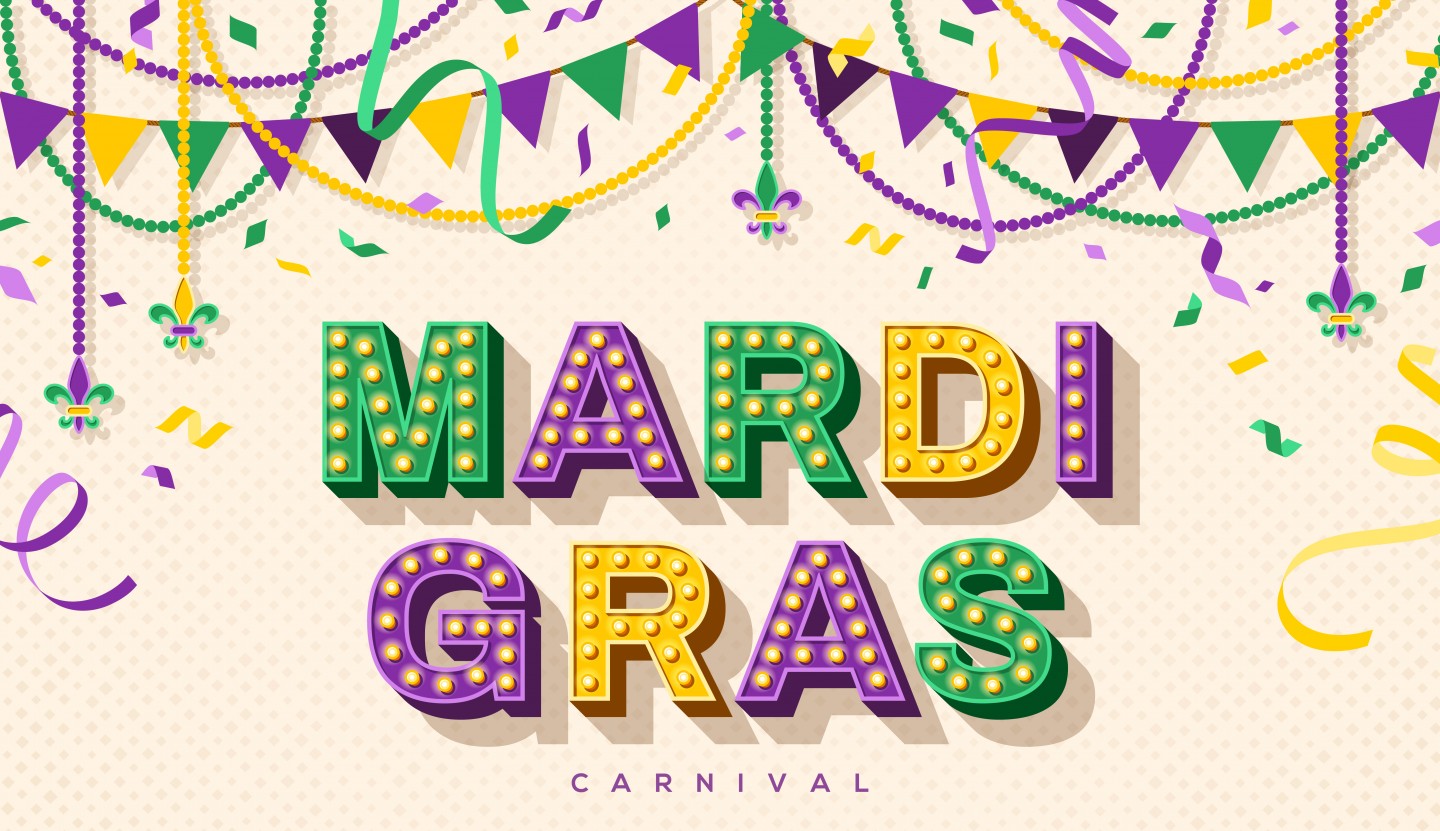 Lundi Gras, the Monday before Fat Tuesday, is one of the funnest nights in New Orleans with shows, parades, and mini festivals.  It includes the tradition of Rex, king of the New Orleans carnival,and Zulu King arriving by boat. This began in 1874, but the term Lundi Gras (French for “Fat Monday”)[1] was not widely applied until 1987 when the arrival was brought back as part of a series of river-related events under the name of “Lundi Gras”.

Fat Tuesday – “Mardi Gras” is French for Fat Tuesday. The holiday is also known as Shrove Tuesday (from an Old English word meaning to confess) or Pancake Day. Historically, people would spend Fat Tuesday (and sometimes the weeks leading up to it) indulging in the foods (and behaviors) they would abstain from during Lent.

Mardi Gras, literally “Fat Tuesday,” has grown in popularity in recent years as a raucous, sometimes hedonistic event. But its roots lie in the Christian calendar, as the “last hurrah” before the season of sacrifice begins on Ash Wednesday. That’s why the enormous party in New Orleans, for example, ends abruptly at midnight on Tuesday, with battalions of street sweepers pushing the crowds out of the French Quarter towards home. What is less known about Mardi Gras is its relation to the Christmas season, through the ordinary-time interlude known in many Catholic cultures as Carnival. Ordinary time, in the Christian calendar, refers to the normal “ordering” of time outside of the holy seasons.

Carnival comes from the Latin words carne vale, meaning “farewell to the flesh.” Like many Catholic holidays and seasonal celebrations, it likely has its roots in pre-Christian traditions based on the seasons. Some believe the festival represented the few days added to the lunar calendar to make it coincide with the solar calendar; since these days were outside the calendar, rules and customs were not obeyed. Others see it as a late-winter celebration designed to welcome the coming spring. As early as the middle of the second century, the Romans observed a Fast of 40 Days, which was preceded by a brief season of feasting, costumes and merrymaking.

The Carnival season kicks off with the Epiphany, also known as Twelfth Night, Three Kings’ Day and, in the Eastern churches, Theophany. Epiphany, which falls on January 6, 12 days after Christmas, celebrates the visit of the Wise Men bearing gifts for the infant Jesus. In cultures that celebrate Carnival, Epiphany kicks off a series of parties leading up to Mardi Gras. Epiphany is also traditionally when celebrants serve King’s Cake, a custom that began in France in the 12th century. Legend has it that the cakes were made in a circle to represent the circular routes that the Wise Men took to find Jesus, in order to confuse King Herod and foil his plans of killing the Christ Child.

Our Lady of Fatima Elementary will be closed on Monday and Tuesday in observance of Mardi Gras Holidays.